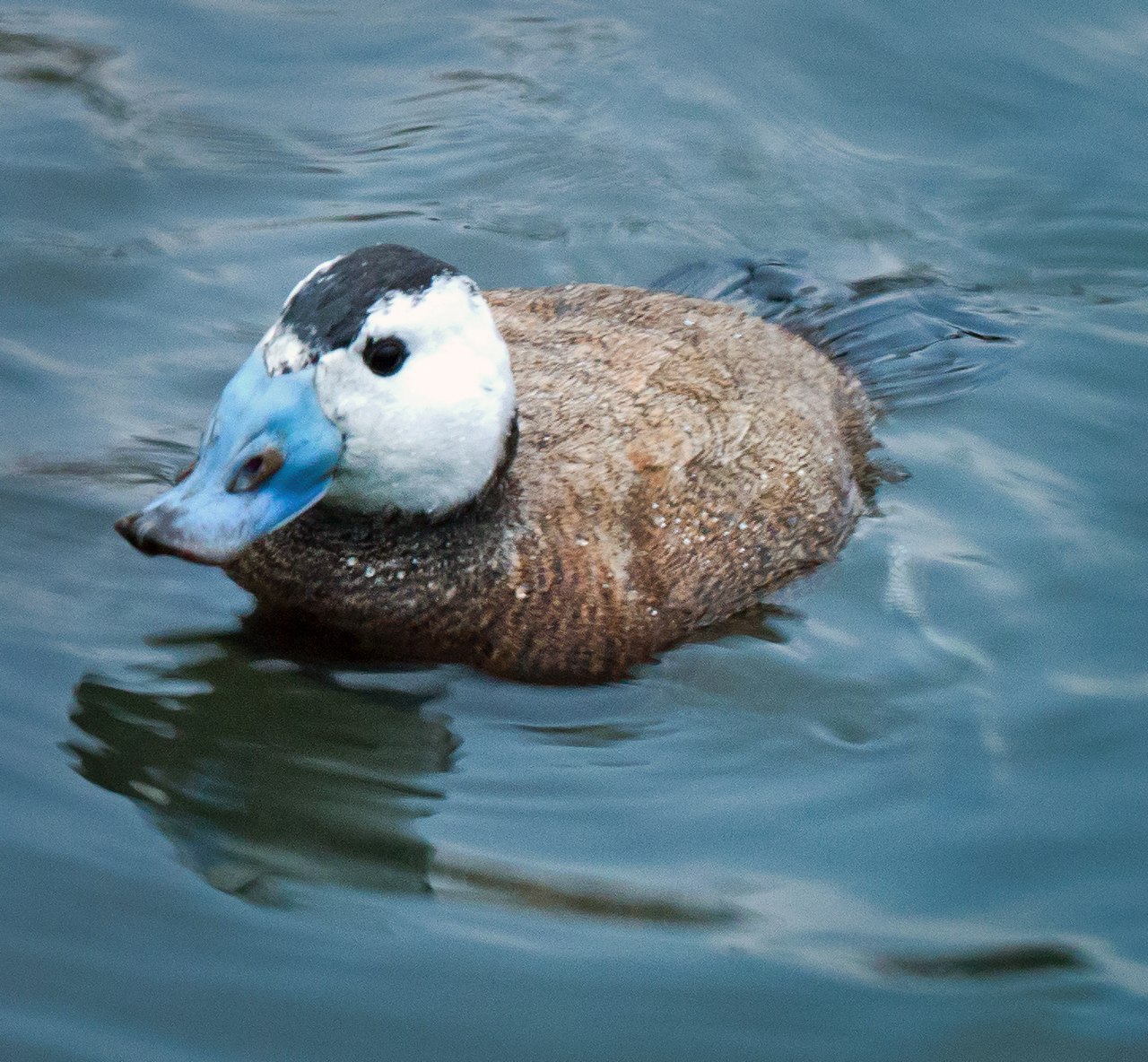 The DuckDB team is happy to announce the latest DuckDB version (0.6.0) has been released. This release of DuckDB is named “Oxyura” after the White-headed duck (Oxyura leucocephala) which is an endangered species native to Eurasia.

To install the new version, please visit the installation guide. Note that the release is still being rolled out, so not all artifacts may be published yet. The full release notes can be found here.

The new release contains many improvements to the storage system, general performance improvements, memory management improvements and new features. Below is a summary of the most impactful changes, together with the linked PRs that implement the features.

As we are working towards stabilizing the storage format and moving towards version 1.0, we have been actively working on improving our storage format, including many compression improvements.

Optimistic writing to disk. In previous DuckDB versions, the data of a single transaction was first loaded into memory, and would only be written to disk on a commit. While this works fine when data is loaded in batches that fit in memory, it does not work well when loading a lot of data in a single transaction, such as when ingesting one very large file into the system.

This version introduces optimistic writing to disk. When loading large data sets in a single transaction, data is compressed and streamed to the database file, even before the COMMIT has occurred. When the transaction is committed, the data will already have been written to disk, and no further writing has to happen. On a rollback, any optimistically written data is reclaimed by the system.

Below is a benchmark comparing loading time of 150 million rows of the Taxi dataset from a Parquet file on an M1 Max with 10 cores:

FSST. The Fast Static Symbol Table compression algorithm is introduced in this version. This state-of-the-art compression algorithm compresses data inside strings using a dictionary, while maintaining support for efficient scans and random look-ups. This greatly increases the compression ratio of strings that have many unique values but with common elements, such as e-mail addresses or URLs.

The compression ratio improvements of the TPC-H SF1 dataset are shown below:

Chimp. The Chimp compression algorithm is included, which is the state-of-the-art in lightweight floating point compression. Chimp is an improved version of Gorillas, that achieves both a better compression ratio as well as faster decompression speed.

The compression ratio of a dataset containing temperatures of cities stored as double (8-byte floating point numbers) is shown below:

Parallel CSV Loading (Experimental). In this release we are launching a new experimental parallel CSV reader. This greatly improves the ingestion speed of large CSV files into the system. While we have done our best to make the parallel CSV reader robust - CSV parsing is a minefield as there is such a wide variety of different files out there - so we have marked the reader as experimental for now.

Below is the load time of a 720MB CSV file containing the lineitem table from the TPC-H benchmark,

Parallel CREATE INDEX & Index Memory Management Improvements. Index creation is also sped up significantly in this release, as the CREATE INDEX statement can now be executed fully in parallel. In addition, the number of memory allocations done by the ART is greatly reduced through inlining of small structures which both reduces memory size and further improves performance.

The timings of creating an index on a single column with 16 million values is shown below.

SQL is the primary way of interfacing with DuckDB - and DuckDB tries to have an easy to use SQL dialect. This release contains further improvements to the SQL dialect.

UNION Type. This release introduces the UNION type, which allows sum types to be stored and queried in DuckDB. For example:

Sum types are strongly typed - but they allow a single value in a table to be represented as one of various types. The union page in the documentation contains more information on how to use this new composite type.

FROM-first. Starting with this release, DuckDB supports starting queries with the FROM clause instead of the SELECT clause. In fact, the SELECT clause is fully optional now, and defaults to SELECT *. That means the following queries are now valid in DuckDB:

Nested types and structures are very efficiently implemented in DuckDB, and are now also more elegant to work with.

When working with large data sets, memory management is always a potential pain point. By using a streaming execution engine and buffer manager, DuckDB supports many operations on larger than memory data sets. DuckDB also aims to support queries where intermediate results do not fit into memory by using disk-spilling techniques, and has support for an efficient out-of-core sort, out-of-core window functions and an out-of-core hash join.

This release further improves on that by greatly optimizing the out-of-core hash join, resulting in a much more graceful degradation in performance as the data exceeds the memory limit.

jemalloc. In addition, this release bundles the jemalloc allocator with the Linux version of DuckDB by default, which fixes an outstanding issue where the standard GLIBC allocator would not return blocks to the operating system, unnecessarily leading to out-of-memory errors on the Linux version. Note that this problem does not occur on MacOS or Windows, and as such we continue using the standard allocators there (at least for now).

DuckDB has a command-line interface that is adapted from SQLite’s command line interface, and therefore supports an extremely similar interface to SQLite. All of the tables in this blog post have been generated using the .mode markdown in the CLI.

The DuckDB shell also offers several improvements over the SQLite shell, such as syntax highlighting, and this release includes a few new goodies.

DuckBox Rendering. This release includes a new .mode duckbox rendering that is used by default. This box rendering adapts to the size of the shell, and leaves out columns and rows to provide a better overview of a result. It very quickly renders large result sets by leaving out rows in the middle. That way, typing SELECT * FROM tbl in the shell no longer blows it up. In fact, this can now be used to quickly get a good feel of a dataset instead.

The number of rows that are rendered can be changed by using the .maxrows X setting, and you can switch back to the old rendering using the .mode box command.

Context-Aware Auto-Complete. The shell now also ships with context-aware auto-complete. Auto-complete is triggered by pressing the tab character. The shell auto-completes four different groups: (1) keywords, (2) table names + table functions, (3) column names + scalar functions, and (4) file names. The shell looks at the position in the SQL statement to determine which of these auto-completions to trigger. For example:

Progress Bars. DuckDB has supported progress bars in queries for a while now, but they have always been opt-in. In this release we have prettied up the progress bar and enabled it by default in the shell. The progress bar will pop up when a query is run that takes more than 2 seconds, and display an estimated time-to-completion for the query.

In the future we aim to enable the progress bar by default in other clients. For now, this can be done manually by running the following SQL queries: